There’s no doubt, the Wurly 200 series keyboard is a classic R&B piece …

For a while, I used the cheezy sounding on-board speakers on this “Elephant Grand” 270, got quickly tired of those and moved up to a Peavey stereo-Chorus 212 amp I was given // using the headphone output jack on the Wurly at first … that was passable for the most part // and, of course, it sounded mo better through a PA … recently, I been plugging the Wurly into my 360+/361+/1×15 bass rig and finding that to be the best by absence of a horn/tweater … it’s way more natural sounding w/o any harshness in the dynamics

that last setup provided improved fidelity and balanced ergonomics (strong/tight bass, no ice-pick top end, etc …) … still, … I recently did some recordings with the Wurly and upon checking out the playback I noticed the output sounding quite dirty in sections // … especially with certain note combinations, almost sounding like inter-modulation terms, etc … further fidelity improvements were needed

I had studied the Wurlitzer 200 series preamp schematics before, and came to suspect that a much better signal could be obtained by going directly from the “source” of the keyboard’s electro-mechanics // (a popular theme for me; as my Rhodes, Hammond, Baldwin Electropiano, are *all* modded this way in the front-end …)

>> bypassing all ensuing electronic circuitry in the process was probably (AGAIN) the way to go … no hesitation this time (!) 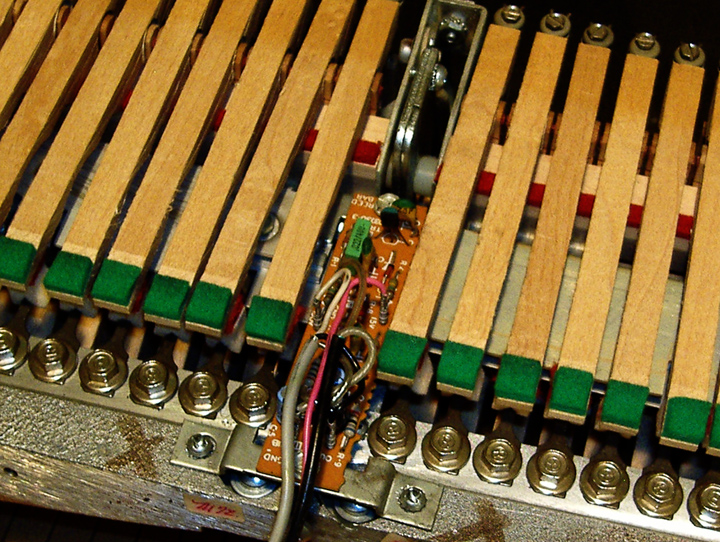 all that is needed to pull this off is this :

(i) … access to the bias source (150vdc in the schematic, 138 vdc in my Wurly 270) for polarizing the reeds … and also, in lieu of the existing preamp circuit and controls, we simply need

(ii) … an appropriately valued cap, resistor, and clean wiring job to extract signal while making sure hum and other noises don’t creep back in along the way … 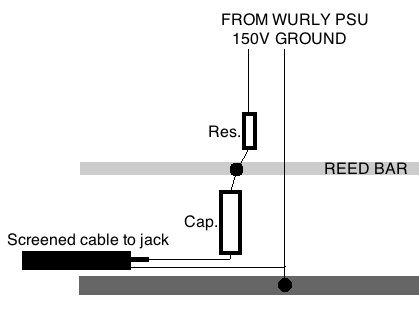 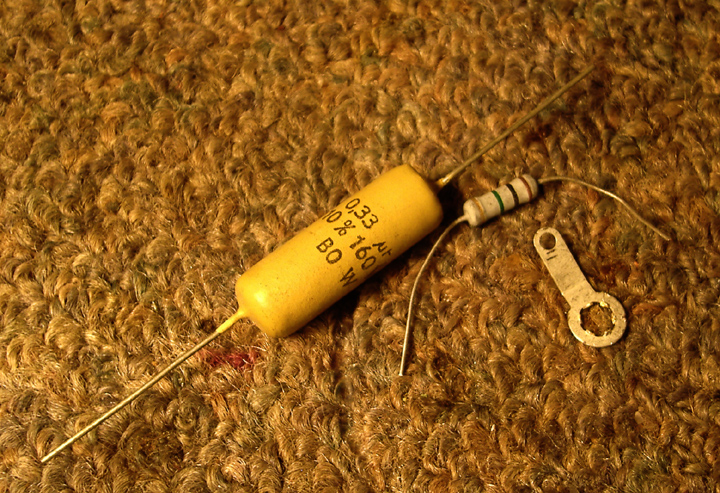 the keyboard now receives its own (direct) bias lines to feed to the reed bar and GND connections from the original PSU section … again, all other electronic circuits are simply disconnected and left unused // 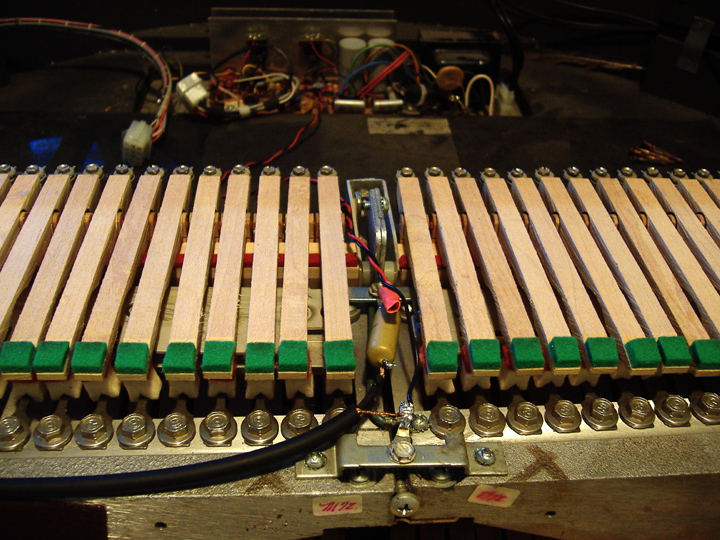 bypassing all the original electronics means we can use better/modern circuitry instead … in my case, from the (new) output on my Wurly I go to a 360+ Lite preamp and 361+ power amplifier bass rig // … yielding fantastic sound, if I may say (!!)

and, with absolutely NO issues at all // … well, actually I have to leave the reeds biased all the time or else I get intermittent crackling noises for the first hour after plugging in … after that it’s all good

ie., no AC hum … hardly any hiss (Signal/Noise is much higher than before as a result), and at this stage of the game the Transient Response is supremely accurate … couldn’t be better

A real joy to experience …! 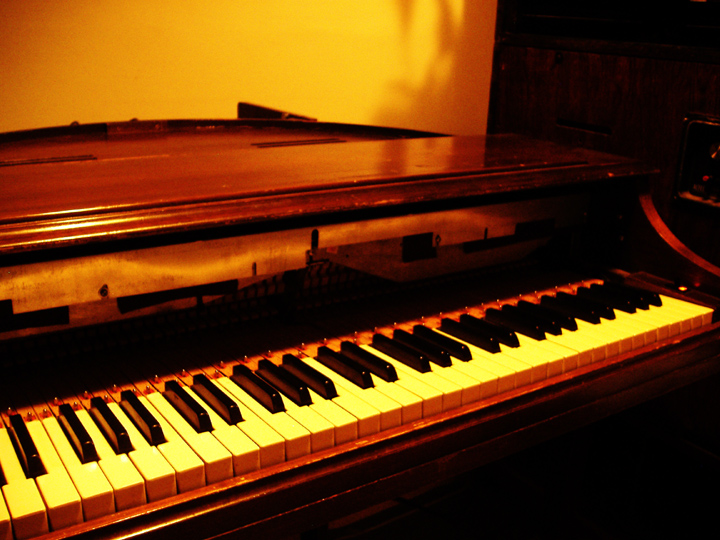 (a) I don’t necessarily advise doing this to an older “tube” type Wurlitzer piano // that is, UNLESS you really want to experiment with sticking FX insert jacks and the amplifier // … if I had a tube model Wurly that’s what IO would probably do, as the built-in Wurly amplifiers are capable of great sound (unlike my possibly sick 270) and a good phase-shifter between the reed and the amplifier would sound great I’m sure … that being said the similar results obtained with mine (ie., from going direct out) could be obtained with a tube unit as well if similar mods were done // so, yes, it is an option but I don’t consider it “de rigeur”…

(ii) for those who have busted 200 series electronics, if the power transformer is still kicking but the circuit board is in bad shape I would strongly recommend exactly duplicating the high-Z filter part of circuit that provides the reed bias voltage … it provides better ripple filtering than the tube circuits did, and it is the best way to guarantee that you’ll have the correct output voltage when using the original power transformer 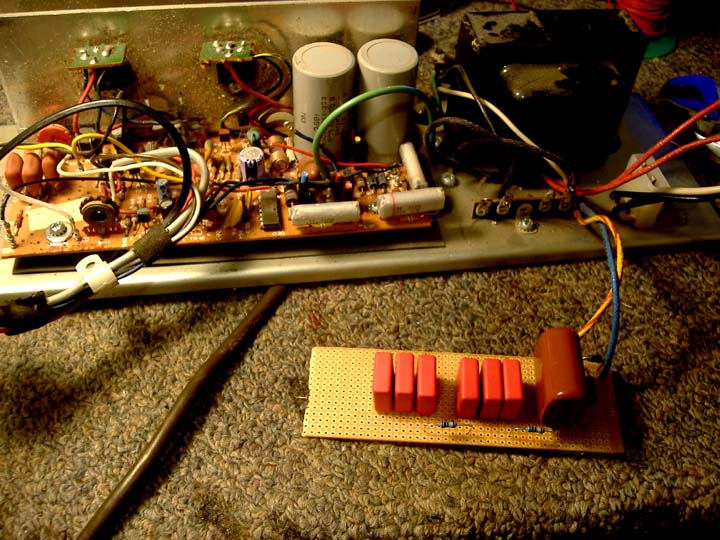 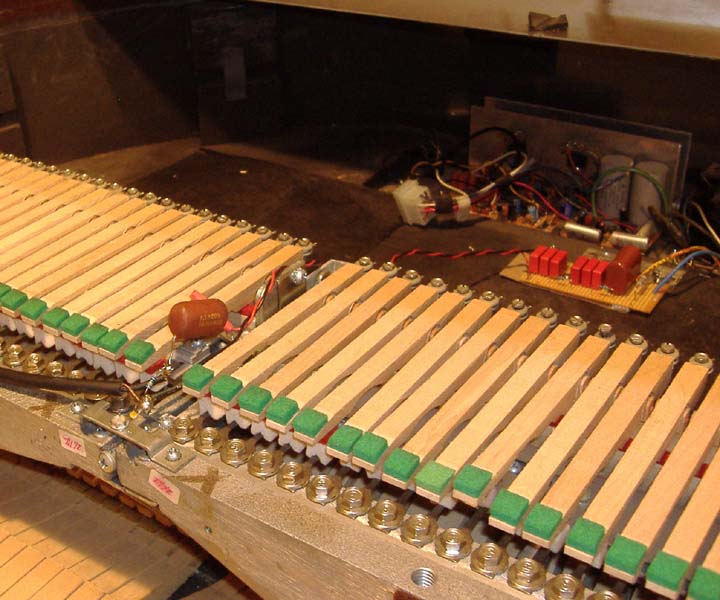 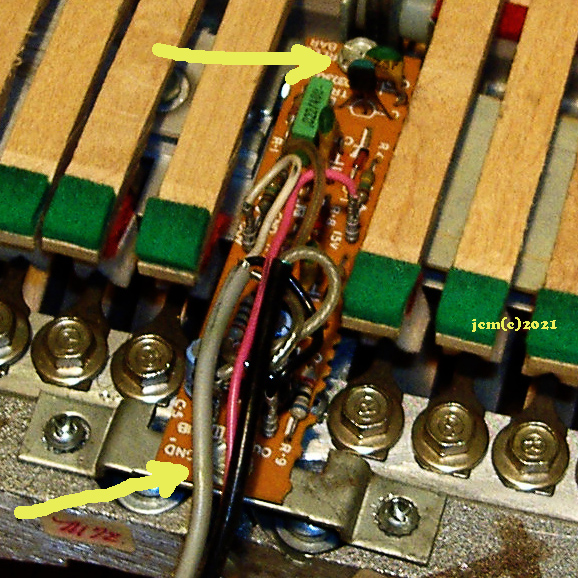 remove them and the preamp and we are left with two mounting holes, one for the REED BAR (top) and one GND (bottom) … you will be mounting a point-to-point circuit between these two points 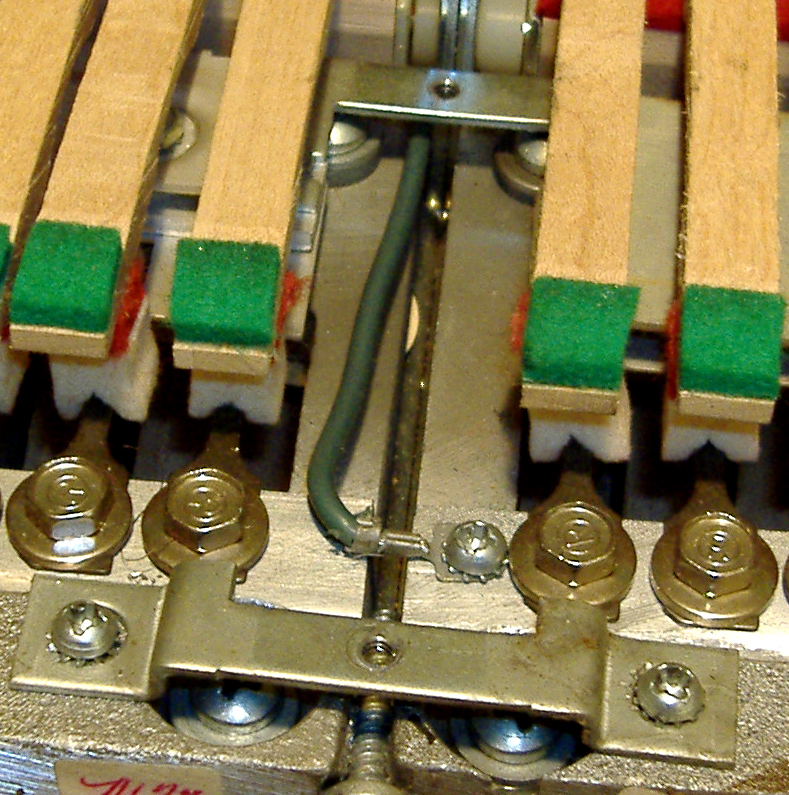 btw, leave the fat green (GND) wire where it is as it connects two parts of the chassis assembly

While you’re at it have a look at the preamp module schematic and make sure to understand that all we’re keeping from the preamp is the 1Meg resistor that goes between the 150v (high impedance) feed and the REED BAR assemblies … (note: the 22k resistor wired in series with the REED BAR is NOT included here as there is really no need for it)

so, to do this PASSIVE CONVERSION, you’ll need a couple of lug washers as shown above … 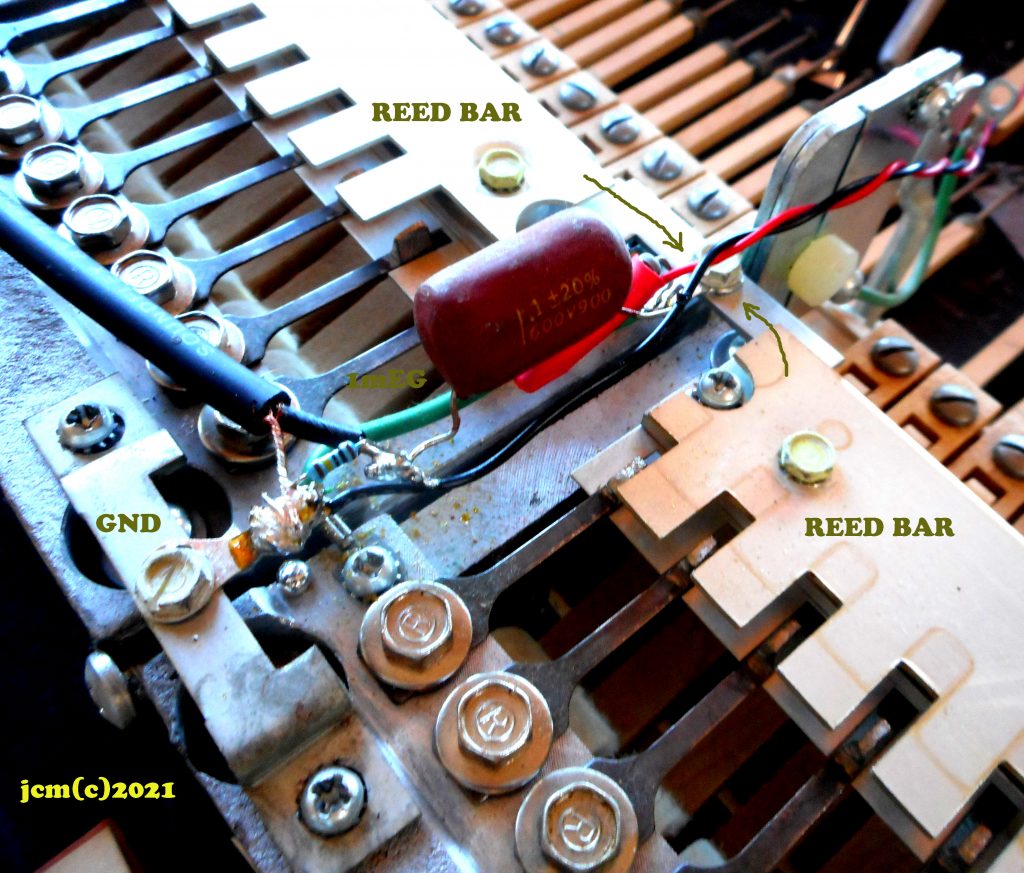 and because I had been experiencing the odd little fizzle and crackle in the background I decided to bypass the entirety of the power supply (except for the power transformer of course) and wire up a new rectifier/filter network from scratch using premium overkill components, as described above … 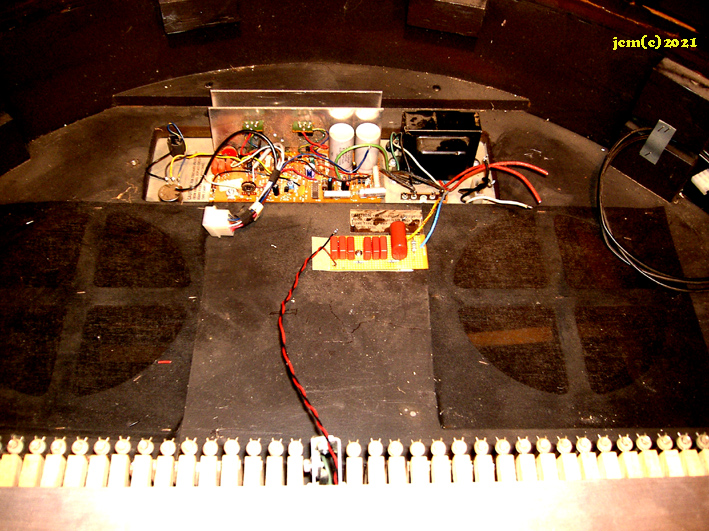 hope this helps // … and good luck

enjoy the enhanced fidelity of your 200 series Wurly!