jcm Posted on May 5, 2020 Posted in Effects No Comments 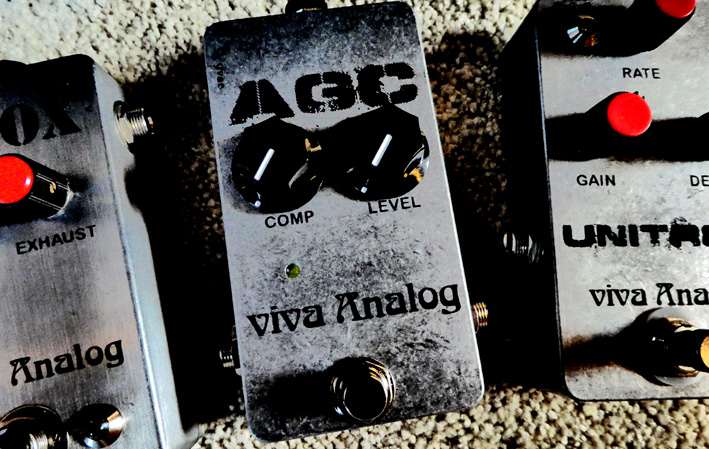 I just realized a few years back that the EHX vacuum tube based “Black Finger” (BF) optical compressor (limiter) is really an UREI “LA-2A” Limiting Amplifier derivative in disguise. As we all know, the LA-2A is considered one of, if not THE, top studio limiting amplifiers every built.

Why the LA-2A, and therefore to some degree any of its derivatives, does its thing (ie., what makes it stand apart) is very much worth studying!

Below I’m sharing some artwork from my time spent collaborating with Charlie Barth (Moosapotamus) in 2005 on our EHX BF circuit “reversal” project … un-unbeknownst to me, it would be the beginning of my quest towards a compact low-voltage work-alike of the LA-2A made for direct instrument use …

the EHX Black Finger had a certain “je ne sais quoi“ in the response that other guitar comp/Limiters didn’t seem to have … I wondered if I could figure out why or how it did its thing by reversing the circuit … a big part of the secret comes from the original LA-2A signal path structure, quite cleaver! 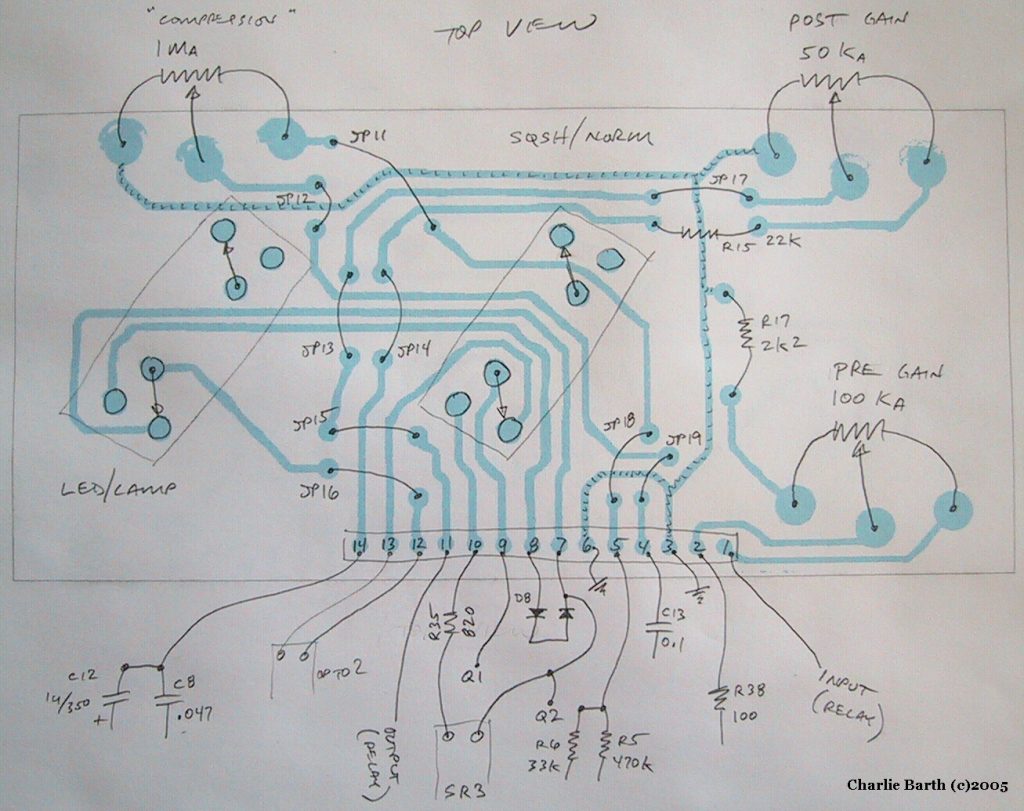 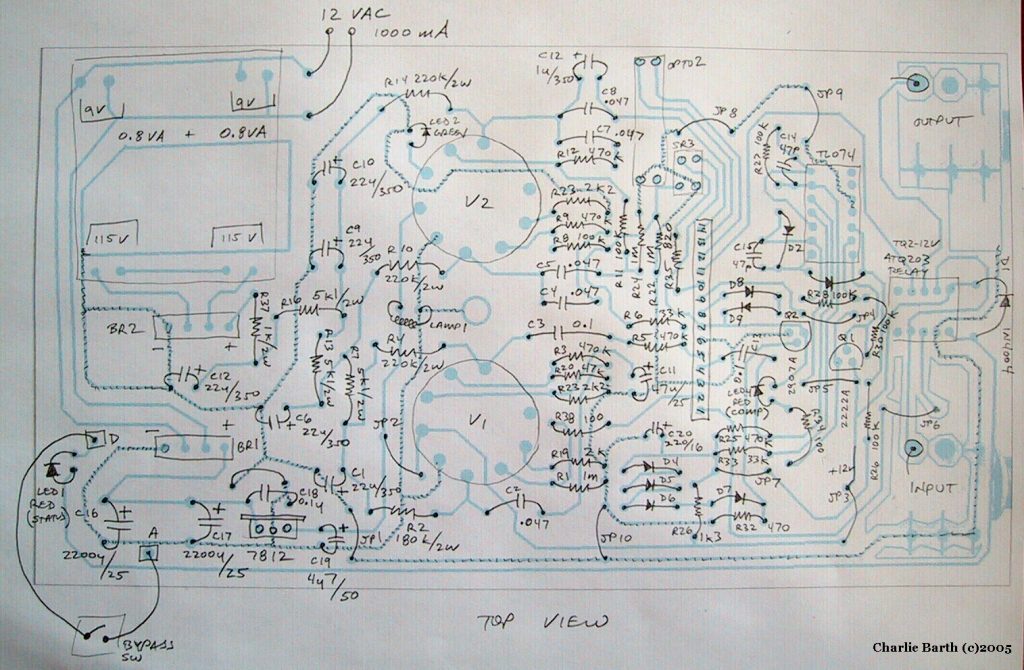 I explored the BF concept by building several side-variant circuits, starting with a 9v op-amp based work-alike (Sept/2005), and then going to a fully discrete 9v version (same dynamics, better fidelity – never boxed up) a year later. The op-amp version is a particularly favorite unit of mine as it gives the guitar this rolling feeling, a little like in the beginning of Sabbath’s “Children of the Grave”.

Further twists on JC Morisson’s side-chain circuit lead to the creation of the “capacitor-less” ENVELOPE-LOCK true-comp/Limiter pedal (April/2013), which featured servo floating-gain Compression; in itself NOT a form of Limiting but rather its own thing. The Envelope-Lock’s signal path is therefore not an LA-2A type of affair either, so it stands on its own as a very modern unit. It is capable of near-invisible operation as a Limiter – an extremely versatile unit in the studio.

And then, with the flick of a switch, comes the infinite BRICK-WALL CHARACTER sustain mode // inspired by my experimentations in the 70’s with Craig Anderton’s “Infinity+” compressor design … going outside the traditional boundaries of what a pedal should and shouldn’t do … (*!*)

forward a decade or so …

I got thinking again about the BF signal path and realized that the variant LA-2A circuit I had could be reduced even further into an even more minimalistic thing  – to the point that noise could be brought down so low there was no way now to tell when the pedal was even engaged. I was getting somewhere better than before …

Fortunately this yielded a very simple build once again, one that embodies the opto-dynamic vibe of the original LA-2A but in a supremely low-noise and compact package. In fact, it has a slightly shorter “attack” time than an LA-2A on account of the faster LED-based opto-elements used here (NSL-32), versus the hefty bulb of the original studio units. Running on a 9vac power transformer it can handle 7.5 volts pp signal swing at the input … active basses, keyboards and even the output of preamps are very well handled – the response is stunning!

Notice: The version of the pedal pictured above has no internal or external coupling capacitors, which means the circuit exhibits zero phase distortion from DC up to about 200khz, nor any or capacitor related distortion – same as with my Envelope-Lock comp/Limiter. This is the ultimate scenario when going direct into an amplifier and is meant mainly for design testing purposes and studio recording.