my take on the celebrated giant … 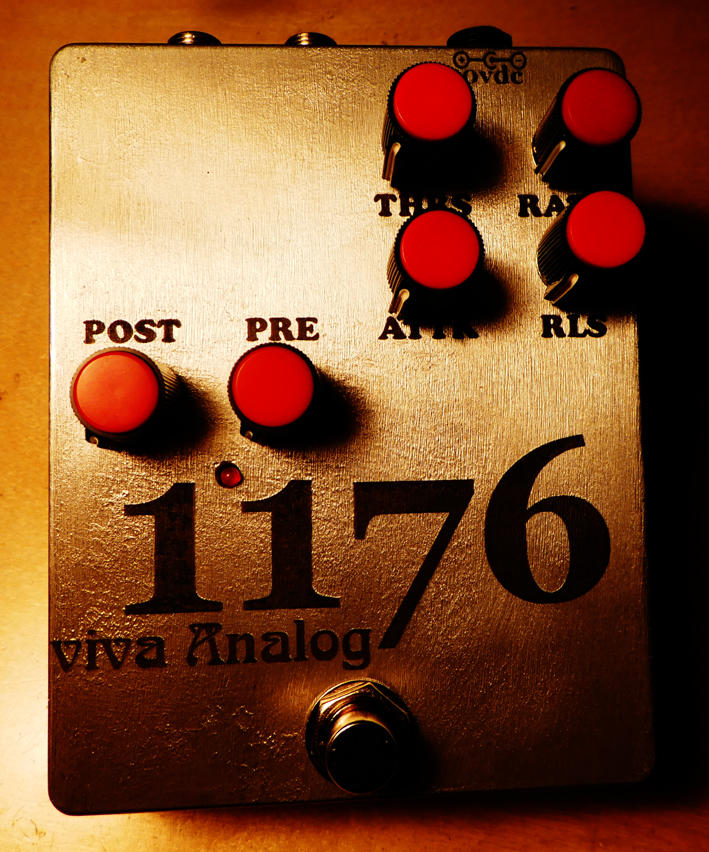 \\\ ALL CONTROLS ARE 100% INDEPENDENT EXCEPT FOR INPUT TRIMMING ///

Aside from producing a somewhat compact through-hole build and staying close to the original signal path and side-chain circuit parameters, the idea was to produce a slightly liberated clone of the UREI 1176 limiting amplifier, minus the “metering” and iron, and making it compatible for direct instrument use, as well as line level and beyond. An LED-based GAIN REDUX indicator would not be a bad thing here either while we’re at it …

now operating at 24vdc instead of its native 30vdc, I’m seeing little apparent difference in overall performance thanks to the original NFB based design …

At the other end, the output can be obtained un-buffered from a 100k pot or buffered thru an op-amp // something easily switched in or out if the user wanted that as an option …

This increases the circuit’s versatility considerably, covering a bit more dynamic territory than the original set could …

Preliminary version 1.0 ran on two external power adapters; one supplying around 30vdc, the other 12vdc then regulated to produce the -10v required to drive the modified side-chain and a dual op-amp (opa2134). These are the original operating voltages for the UREI 1176.

My first proof-of-concept build showed promise right off the bat and then version 2.0,  still close to stock specs, was meant to operate from a single 30vdc source with a charge pump IC providing the negative (-10v) rail. Still, stock voltages.

In both cases the 30vdc I was using came from an under-loaded 24vdc linear (transformer based) adapter. Since these are no longer sold commercially due to their inefficient nature and a supply of 30vdc switched-mode units isn’t on the horizon due to its un-common voltage, an alternative was needed.

Just prior to boxing I decided to take a chance and swap out the linear adapter for a more commonly available 24vdc switched-mode power unit. In the process this gave me a chance to directly compare the same guts operating at two different supply levels.

Exploring the use of conservative rail values …

instead of 30vdc about 23.5vdc is seen feeding the signal path and side-chain circuit blocks and -7.8vdc instead of -10vdc neg rail feeding the jFETs biasing circuitry … 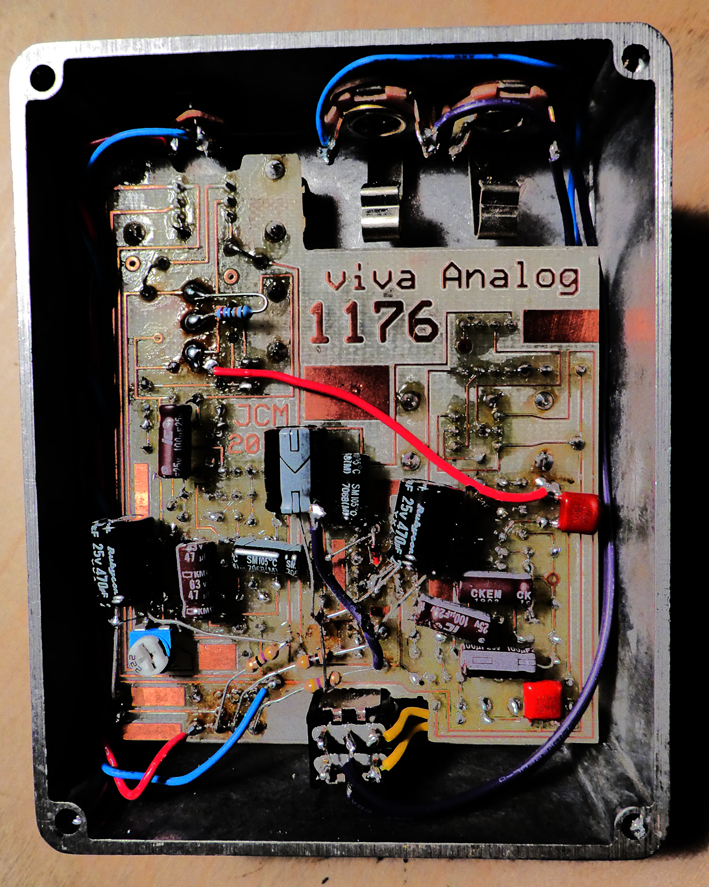 The class-A style circuitry that is found on both sides of the system operates well at the lowered supply voltages. With all controls exhibiting the required range of effect on the response, same with the internal jFET bias trimpot (that is, against the Vgs(off) range of my measured 2n5457’s).

above all … the sound quality at the output is still excellent!

A simple LED-based GAIN-REDUCTION indicator circuit can be created by adding a second “half-matched” jFET device running in parallel to the first.

For this to work properly it is crucial for the Vgs(off) values on both jFET devices to match – resulting in a well-aligned input control range. This is guaranteed by keeping the Source of both jFET’s at ground potential, or its common-mode equivalent …

On the other hand, Idss values are allowed, or encouraged, to differ … for obvious reasons

Having performed a characterization of my 2n5457 jFET collection a few years ago, I found myself in a good position to choose an appropriate jFET pair for this part of the build … 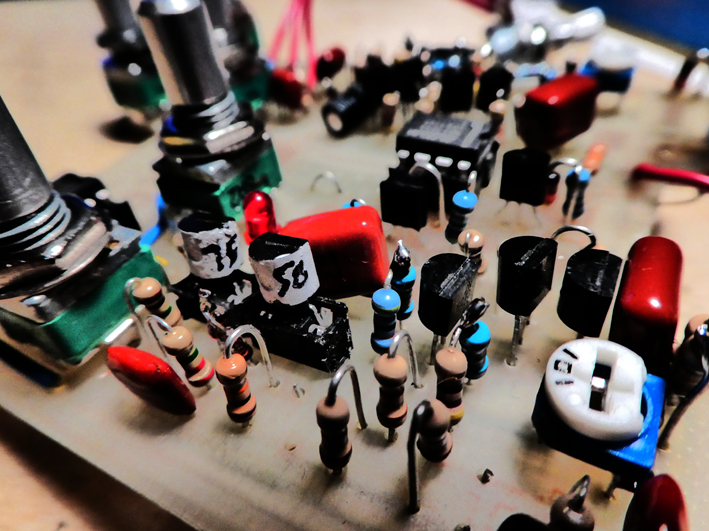 Once biased-in properly, the parallel (Vgs-matched) jFET device that is used to drive the LED works in perfect tandem with the attenuating jFET device operating on the signal-path … the behavior of the LED thus matches perfectly with the amount of gain reduction perceived while playing.

By choosing Idss high enough on this second jFET the LED exhibits a brightness level that is visually effective.

CONCLUSION: All basic responses are there: fast-attack/slow-release, fast-fast for that spanky funk sound, … you name it … the class-A signal path sounds great and the feel is nothing short of musical … along with an atmospheric reverb pedal it’s hard not to enter that space Walter Becker got into // … rip