jcm Posted on July 2, 2016 Posted in Amplifiers, Tech No Comments

… problem for my ears has always been the hum

took me a while to figure that out,

anyhow, … prior to all this, maybe 10yrs ago, I came up with a relatively practical analogue optical-potentiometer circuit … where, I could “tune in” the pot value and input CV control range, etc. … but I never found any good reason to use it – until now

a circuit capable of handling modest voltage swings, ie., without anything like the 5v restriction of digital pots, say …

with this technology at hand I was able to develope a dual-channel unity-gain preamp/buffer system that emulates George Stevenson’s 1931 “ear-compensated volume control” patent using optical means … (see Fig.1 and Fig. 3 in US1788035)

the idea in part is to go back to the original source patent and emulate one of the working concepts presented there with my opto-pot circuitry … and doing it times-2 in a matched manner, so both “pots” track each other … with one path used for controlling the volume output of the lower register/keys and another for the upper ones … thus, perceptually acting the same as the original “mono” expression circuit found in the B2’s AO-10 Hammond tube preamp // … an important “signature” thing in Hammond organs 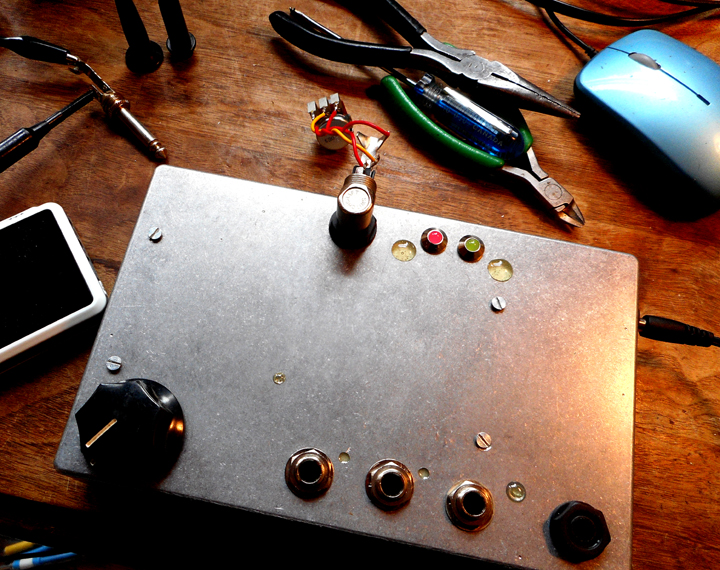 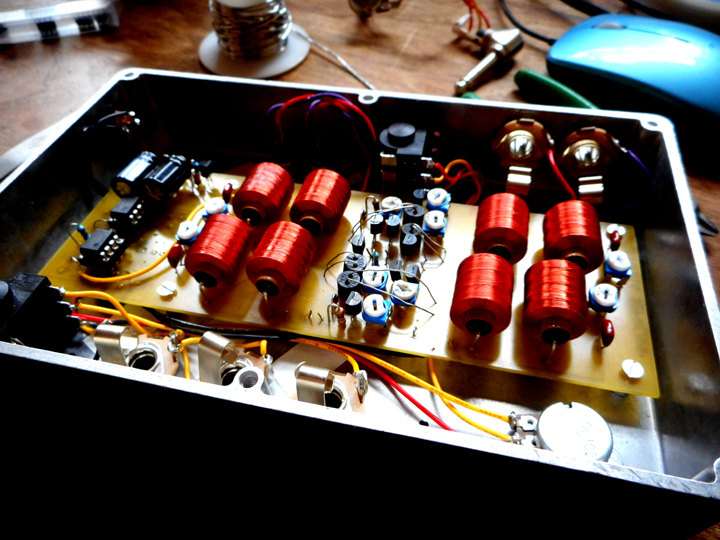 the low-Z passive output circuits can be used for anything really …
feeding effects, direct recording … or driving preamps/amplifiers of course

so now, the original Hammond foot-pedal can be used to control the new preamp
while preserving the “treasured” expression pedal response ! 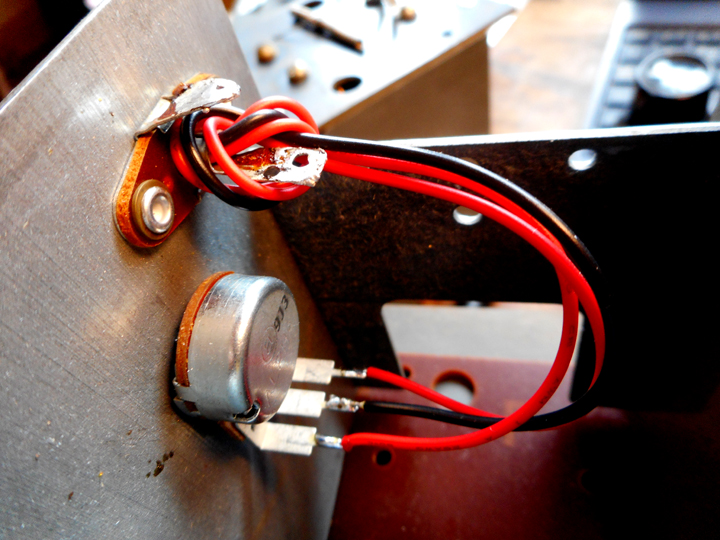 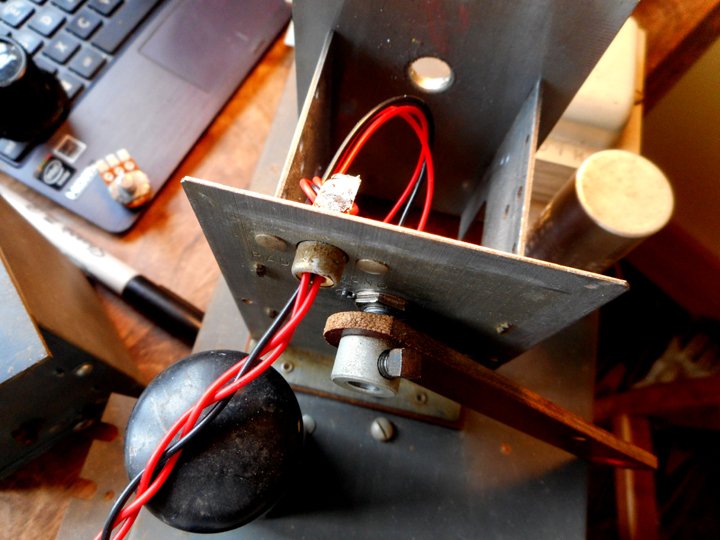 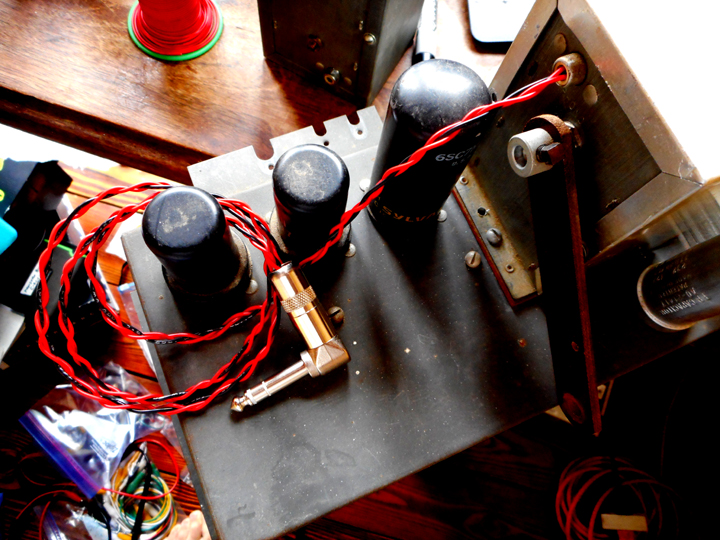 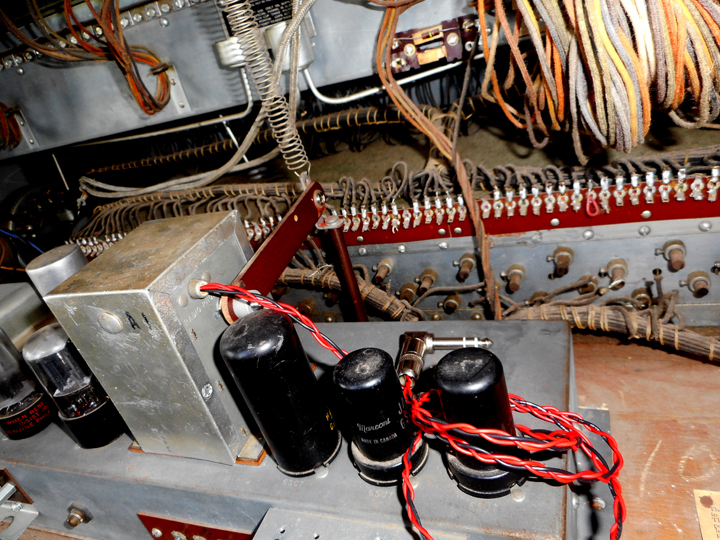 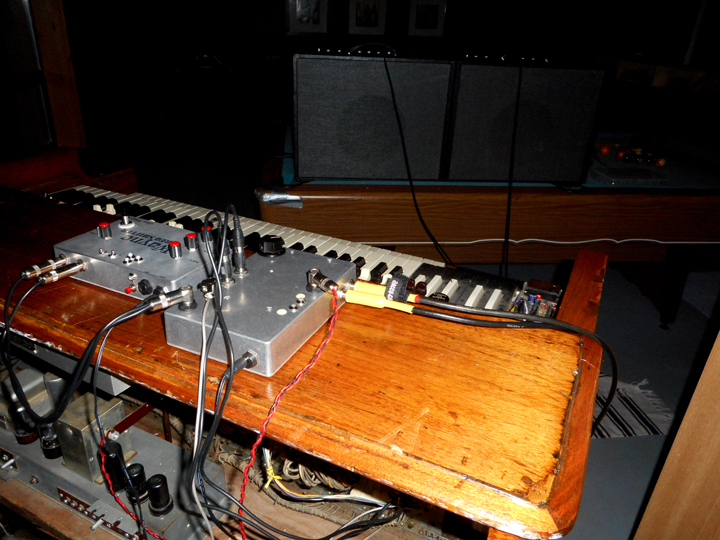 the output of the Trek-II Percussion unit is paired with the upper keys and works as before … I’ve also included a blend-able FX loop into the upper channel as well, then terminated by one side of the optical expression circuit … the lower channel is simply a buffer paired with the other side of the optical expression circuit … all direct-coupled, so no capacitor distortion