jcm Posted on February 3, 2014 Posted in Effects No Comments

the intended purpose of this mod changes according to the ways a delay unit can be used:

one way, is to operate the Echoplex EP-4 in 100% wet mode (no dry), with a second amp serving as wet-only monitor … it’s a more dramatic (… and more realistic) effect this way // very exciting with two great sounding tube amps … the “direct” dry sound comes from the first amplifier // where most of the sound comes from volume-wise, and which is the main source of dynamic and tonal fidelity/impact (why we use a good sounding amplifier/speaker combo “there” in the first place) … the second amplifier, where the tape-delayed sound comes from, plays a slightly subsidiary role in that respect … still, a tape signal going to a tube amp can really speak volumes

the second way, is to use the variable dry/wet mix control in the EP-4 and going to a single amplifier; as we all usually do with our delay units … in single-amplifier situations there is no other choice really

the idea with the opto-switcher retrofit board is to provide signal kill at two different places in the signal path … remembering that dry signal is cut-off from the output (Echo volume set to “10”), one opto-switch kills the output while the other is meant to kill at the very input of the whole works // this allows tape-output tails and other artifacts (feedback a la Tommy Bolin) to ring-out while the tape record signal sees nothing from the input jack … in a two-amplifier setup it means the echo output doesn’t get suddenly cut off, as it does when using the Output Kill switch …

the optical turn-off operation is dead quiet in both locations … and, in reverse, the (slowed down) turn-on of the opto-elements means also that the Input Kill switching can be used as a medium-fast volume swell (a secondary bonus in all this) // 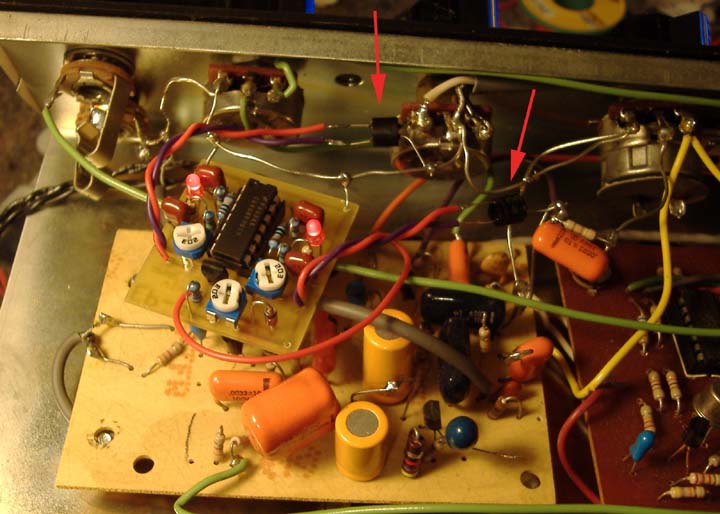 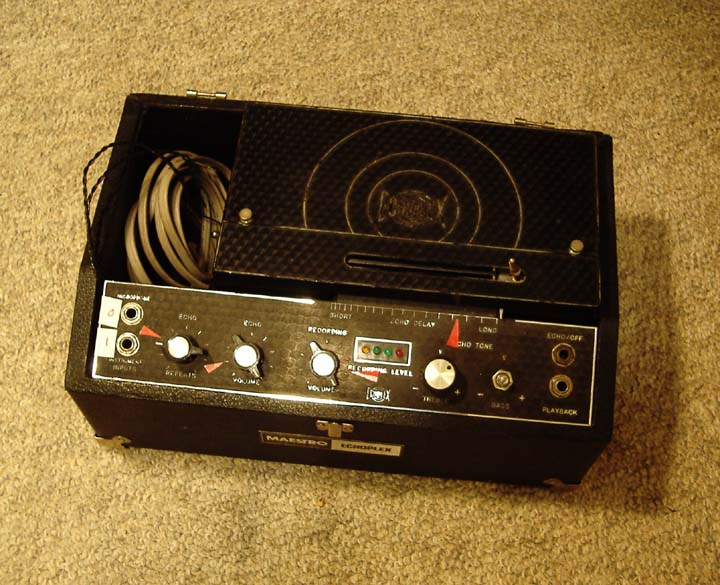